Practically no one likes talking about prostate cancer. Well, except us. We talk about it because men have no idea about their risk or what they should be asking their doctors.

Both urban and rural communities have strong needs when it comes to destigmatizing prostate cancer and educating men and women about the real risks of the disease. That’s why PPCC takes Don’t Fear the Finger(TM) to events and venues across Pennsylvania to reach as many men as possible. Venues include: health fairs, charitable races, community events, prostate cancer free screening events, sporting events, restaurant events, and more.

The DFTF campaign includes a variety of materials that also can be used to help raise awareness and start the prostate cancer education discussion. Starting in 2013, we distributed over 100 posters and 3,000 informational cards to urologists across Pennsylvania. In 2014, we have placed signage with on eight buses in the SEPTA system in Philadelphia, six buses in Pittsburgh, and have coverage on a digital billboard in Harrisburg. We were able to receive a very favorable discount from the advertising agency because of our non-profit status. Additionally, we received generous grant funding from Genentech and AbbVie in 2014 to help spread the campaign to Pittsburgh and Harrisburg. 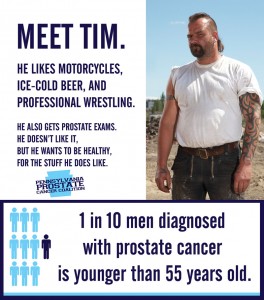 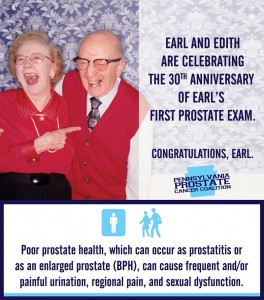 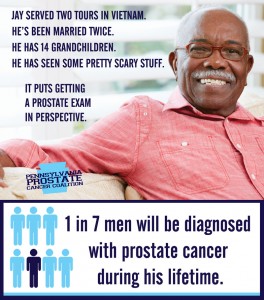 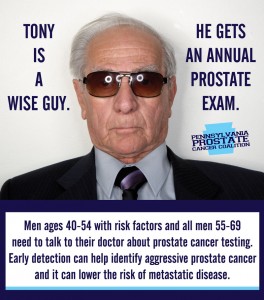 For the true believers out there, we offer Don’t Fear the Finger(TM) big blue foam fingers and t-shirts at our online store. 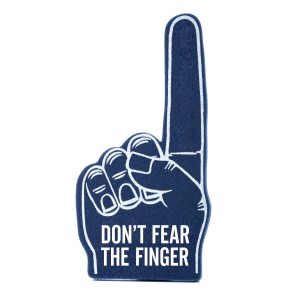 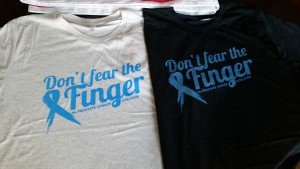 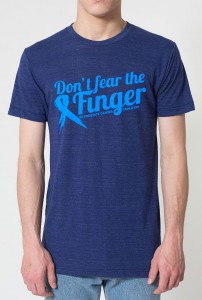 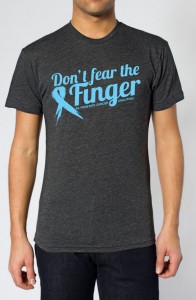